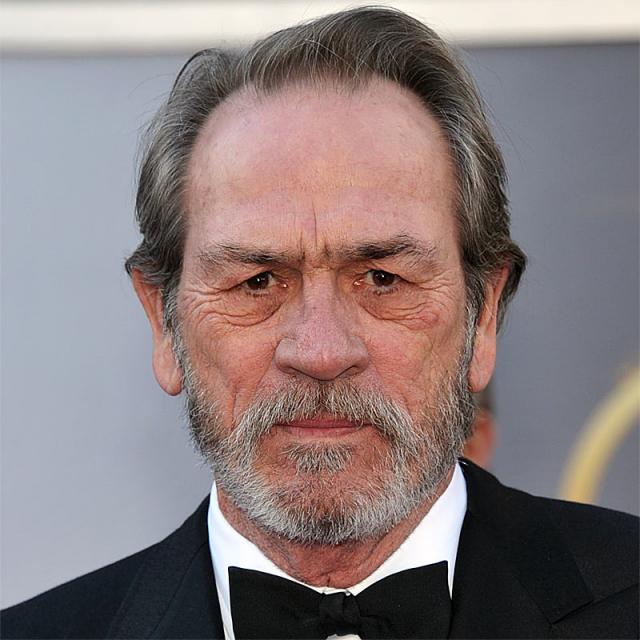 Tommy Lee Jones was born in San Saba, Texas, the son of Lucille Marie (Scott), a police officer and beauty shop owner, and Clyde C. Jones, who worked on oil fields. Tommy himself worked in underwater construction and on an oil rig. He attended St. Mark's School of Texas, a prestigious prep school for boys in Dallas, on a scholarship, and went to Harvard on another scholarship. He roomed with future Vice President Al Gore and played offensive guard in the famous 29-29 Harvard-Yale football game of '68 known as "The Tie." He received a B.A. in English literature and graduated cum laude from Harvard in 1969. Following college, he moved to New York and began his theatrical career on Broadway in "A Patriot for Me" (1969). In 1970, he made his film debut in Love Story (1970). While living in New York, he continued to appear in various plays, both on- and off-Broadway: "Fortune and Men's Eyes" (1969); "Four on a Garden" (1971); "Blue Boys" (1972); "Ulysses in Nighttown" (1974). During this time, he also appeared on a daytime soap opera, One Life to Live (1968) as Dr. Mark Toland from 1971-75. He moved with wife Kate Lardner, granddaughter of short-story writer/columnist Ring Lardner, and her two children from a previous marriage, to Los Angeles. There he began to get some roles on television: Charlie's Angels (1976) (pilot episode); Smash-Up on Interstate 5 (1976); and The Amazing Howard Hughes (1977). While working on the movie Back Roads (1981), he met and fell in love with Kimberlea Cloughley, whom he later married. More roles in television--both on network and cable--stage and film garnered him a reputation as a strong, explosive, thoughtful actor who could handle supporting as well as leading roles. He made his directorial debut in The Good Old Boys (1995) on TNT. In addition to directing and starring in the film, he co-wrote the teleplay (with J.T. Allen). The film, based on Elmer Kelton's novel, is set in west Texas where Jones has strong family ties. Consequently, this story of a cowboy facing the end of an era has special meaning for him.