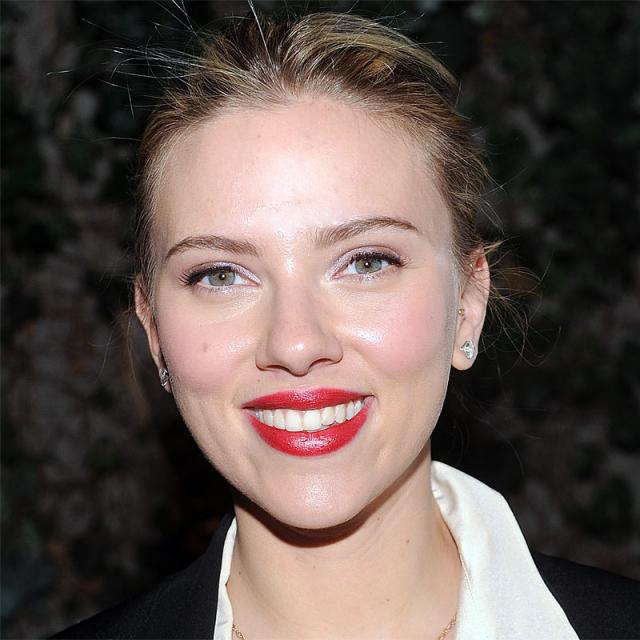 Scarlett Johansson was born in New York City. Her mother, Melanie Sloan, is from a Jewish family from the Bronx, and her father, Karsten Johansson, is a Danish-born architect, from Copenhagen. She has a sister, Vanessa Johansson, who is also an actress, a brother, Adrian, a twin brother, Hunter Johansson, born three minutes after her, and a paternal half-brother, Christian. Her grandfather was writer Ejner Johansson. Johansson began acting during childhood, after her mother started taking her to auditions. She made her professional acting debut at the age of eight in the off-Broadway production of "Sophistry" with Ethan Hawke, at New York's Playwrights Horizons. She would audition for commercials but took rejection so hard her mother began limiting her to film tryouts. She made her film debut at the age of nine, as John Ritter's character's daughter in the fantasy comedy North (1994). Following minor roles in Just Cause (1995), as the daughter of Sean Connery and Kate Capshaw's character, and If Lucy Fell (1996), she played the role of Amanda in Manny & Lo (1996). Her performance in Manny & Lo garnered a nomination for the Independent Spirit Award for Best Lead Female, and positive reviews, one noting, "[the film] grows on you, largely because of the charm of ... Scarlett Johansson", while San Francisco Chronicle critic Mick LaSalle commentated on her "peaceful aura", and wrote, "If she can get through puberty with that aura undisturbed, she could become an important actress.".

After appearing in minor roles in Fall (1997) and Home Alone 3 (1997), Johansson garnered widely spread attention for her performance in The Horse Whisperer (1998), directed by Robert Redford, where she played Grace MacLean, a teenager traumatized by a riding accident. She received a nomination for the Chicago Film Critics Association Award for Most Promising Actress for the film. In 1999, she appeared in My Brother the Pig (1999) and in the music video for Mandy Moore's single, "Candy". Although the film was not a box office success, she received praise for her breakout role in Ghost World (2001), credited with "sensitivity and talent [that] belie her age". She was also featured in the Coen Brothers' dark drama The Man Who Wasn't There (2001), opposite Billy Bob Thornton and Frances McDormand. She appeared in the horror comedy Eight Legged Freaks (2002) with David Arquette and Kari Wuhrer. In 2003, she was nominated for two Golden Globe Awards, one for drama (Girl with a Pearl Earring (2003)) and one for comedy (Lost in Translation (2003)), her breakout role, starring opposite Bill Murray, and receiving rave reviews and a Best Actress Award at the Venice Film Festival. Her film roles include the critically acclaimed Weitz brothers' film In Good Company (2004), as well as starring opposite John Travolta in A Love Song for Bobby Long (2004), which garnered her a third Golden Globe Award nomination.

She dropped out of Mission: Impossible III (2006) due to scheduling conflicts. Her next film role was in The Island (2005) alongside Ewan McGregor which earned weak reviews from U.S. critics. After this, she appeared in Woody Allen's Match Point (2005) and was nominated again for a Golden Globe Award. In May 2008, she released her album "Anywhere I Lay My Head", a collection of Tom Waits covers featuring one original song. Also that year, she starred in Frank Miller's The Spirit (2008), the Woody Allen film Vicky Cristina Barcelona (2008), and played Mary Boleyn opposite Natalie Portman in The Other Boleyn Girl (2008). Since then, she has appeared as part of an ensemble cast in the romantic comedy He's Just Not That Into You (2009), the action superhero film Iron Man 2 (2010), the comedy-drama We Bought a Zoo (2011) and starred as the original scream queen, Janet Leigh, in Hitchcock (2012). She then played her character, Black Widow, in the blockbuster action films The Avengers (2012), Captain America: The Winter Soldier (2014), Avengers: Age of Ultron (2015), Captain America: Civil War (2016), Avengers: Infinity War (2018), and Avengers: Endgame (2019), and also headlined the sci-fi action thriller Lucy (2014), a box office success. With more than a decade of work already under her belt, Scarlett has proven to be one of Hollywood's most talented young actresses. Her other starring roles are in the sci-fi action thriller Ghost in the Shell (2017) and the dark comedy Rough Night (2017). Scarlett and Canadian actor Ryan Reynolds were engaged in May 2008 and married in September of that year. In 2010, the couple announced their separation, and subsequently divorced a year later. In 2013, she became engaged to French journalist Romain Dauriac, the couple married a year later. In January 2017, the couple announced their separation, and subsequently divorced in March of that year. They have a daughter, Rose Dorothy Dauriac (born 2014).