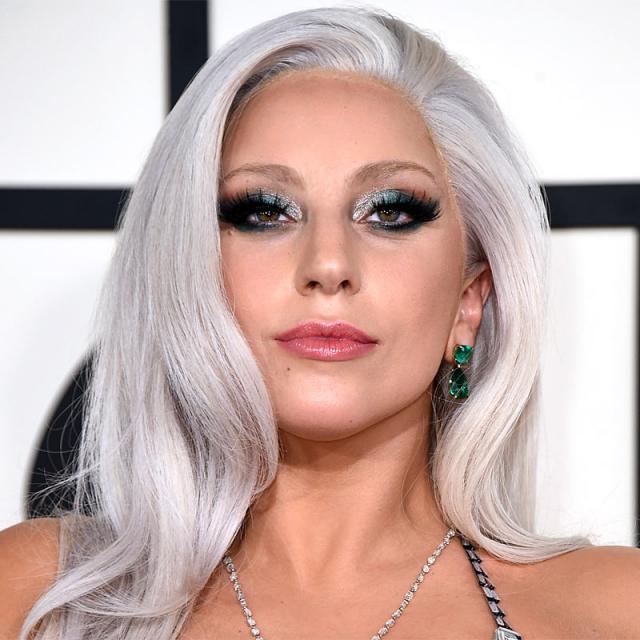 Lady Gaga, born Stefani Joanne Angelina Germanotta, is an American songwriter, singer, actress, philanthropist, dancer and fashion designer. Gaga was born on March 28, 1986 in Manhattan, New York City, to Cynthia Louise (Bissett) and Joseph Anthony Germanotta, Jr., an internet entrepreneur. Her father is of Italian descent, and her mother is of half Italian and half French-Canadian, English, German, and Scottish ancestry. Gaga was able to sing and play the piano from a young age. She attended the Convent of the Sacred Heart from age 11 where was bullied for her appearance (she was small and plumper than other girls with large front teeth) and eccentric habits. By the age of 14, Gaga was performing at open mike nights in clubs and bars. By age 17, she had gained early admission to New York University's Tisch School of the Arts. In addition to sharpening her songwriting skills, she composed essays and analytical papers on art, religion, social issues and politics. At the age of 19 Gaga withdrew from her studies and moved out of her parents' home in order to pursue a musical career. During this time she started a band which began to gain local attention.

After a brief partnership with talent scout Rob Fusari, which resulted in the creation of her stage name, Gaga was signed to Def Jam Records in 2006; however she was dropped from the label after just three months. Devastated, Gaga returned home, and became increasingly experimental: fascinating herself with emerging neo-burlesque shows, go-go dancing at bars dressed in little more than a bikini in addition to experimenting with drugs. Gaga met performance artist Lady Starlight during this time; after a performance at Lollapalooza Festival in 2007 Gaga was signed by Vince Herbert to Streamline Records, an imprint of Interscope Records. Having served as an apprentice songwriter under an internship at Famous Music Publishing, which was later acquired by Sony/ATV Music Publishing, Gaga subsequently struck a music publishing deal with Sony/ATV. As a result, she was hired to write songs for Britney Spears and labelmates New Kids on the Block, Fergie, and the Pussycat Dolls. At Interscope, singer-songwriter Akon recognized her vocal abilities when she sang a reference vocal for one of his tracks in studio; Akon then convinced Interscope-Geffen-A&M Chairman and CEO Jimmy Iovine to form a joint deal by having her also sign with his own label Kon Live, making her his "franchise player." In 2008 Gaga released her first album 'The Fame' to lukewarm radio play; Gaga toured around Europe and in gay clubs in the US to promote the album - however it was not until her first hit 'Just Dance' came to mainstream attention in 2009 that Gaga exploded onto the music scene.

Since then Gaga has gained numerous awards and nominations for a string of hits; her first album spawned several more smash hits ('Paparazzi' 'LoveGame' and 'Poker Face'); while touring the album Gaga wrote 'The Fame Monster', an EP examining the darker side to her new-found fame. The Fame Monster was released in 2009 and won multiple awards, spawning her most iconic single 'Bad Romance' as well as 'Telephone' and 'Alejandro'. During this time Gaga came under increased public and critical scrutiny for her eccentric and often bizarre style choices. Gaga embarked on her second tour, The Monster Ball; upon finishing in May 2011, the critically acclaimed and commercially accomplished tour ran for over one and a half years and grossed $227.4 million, making it one of the highest-grossing concert tours of all time and the highest-grossing for a debut headlining artist. Concerts performed at Madison Square Garden in New York City were filmed for an HBO television special. The special accrued one of its five Emmy Award nominations and has since been released on DVD and Blu-ray. In 2011 Gaga released her second full-length album 'Born this Way'; the album was received vastly more critically than her previous two for touching on themes of politics, sexuality, and religion. Despite this, the album's songs were praised critically, and Born This Way sold 1.108 million copies in its first week in the US, debuting atop the Billboard 200, and topping the charts in more than 20 other countries. In addition to exceeding 8 million copies in worldwide sales, Born This Way received 3 Grammy Award nominations, including her third consecutive for Album of the Year. In March 2012, Gaga was ranked fourth on Billboard's list of top moneymakers of 2011, grossing $25,353,039 dollars, which included sales from Born This Way and her Monster Ball Tour.

At the end of April 2012, Gaga's Born This Way kicked off in Korea - the tour would last 2 years and take the singer to every continent of the globe. However in February 2012 the tour was abruptly cancelled; Gaga had a labral tear in her right hip which she had been nursing secretly for several weeks in the hopes that she would be able to continue the tour. After a performance in Toronto left her unable to walk and in considerable pain, she was taken to hospital for surgery and the tour was cancelled. Through to Jan. 17, the tour had grossed $168.2 million and moved 1.6 million tickets to 85 shows, according to Billboard Boxscore, with the Asian, European, and South American legs already completed in 2012. The North American leg, which was to wrap the tour and was almost completely sold out, would have likely put the tour at more than $200 million gross, easily in the top 20 tours of all time and probably in the top 15, according to Billboard. As it stands, Gaga finished sixth among all touring artists in 2012, with a gross of $125 million and attendance of more than 1.1 million, according to Boxscore. Gaga wrote her third album, ARTPOP, released in 2013. Gaga made her acting debut in Robert Rodriguez's Machete Kills (2013), the sequel to his 2010 film Machete, and also appeared in Rodriguez's sequel Sin City: A Dame to Kill For (2014).