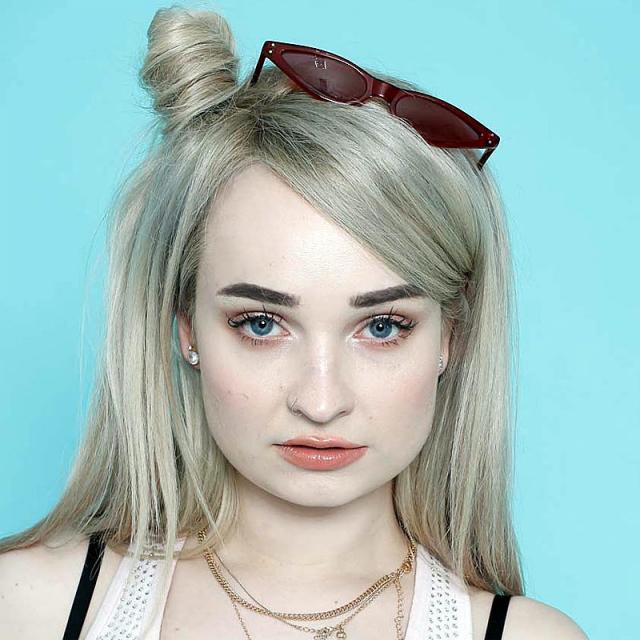 Kim Petras (born 27 August 1992) is a German singer and songwriter based in Los Angeles. Between 2016 and 2020, she released music as an independent artist under her own imprint, BunHead Records, before signing with Amigo and Republic Records in 2021 where she will release her upcoming third album and major-label debut. Petras began recording music as a teenager, releasing her debut extended play One Piece of Tape in 2011. She independently released her debut international single in 2017, "I Don't Want It at All", which went on to top several viral music charts on Spotify. The song was followed by Billboard-charting singles "Feeling of Falling" (with Cheat Codes), "Heart to Break", and "1, 2, 3 Dayz Up" (featuring Sophie). Following her early success, Petras released a collection of digital singles which would later comprise her unofficial body of work known as Era 1. Petras released her debut album Clarity, on 28 June 2019. The record was preceded with a nine-week-long promotional campaign, during which Petras released one single per week with an accompanying visual lyric video. Clarity received acclaim from music critics, reached number seven on the Heatseekers Chart and number 26 on the Independent Albums chart. Following this, Petras released her second studio album, Turn Off the Light in October 2019. In 2020, Petras saw further success with her songs "Malibu" and "Broken Glass", the latter being a collaboration with Kygo. In 2021 Petras signed with Republic Records and released the 7-track EP Slut Pop in 2022. She is currently working on her third studio album. Kim Petras was born in Cologne, North Rhine-Westphalia, Germany. While she was assigned male at birth, her parents said that from the age of two, Petras knew she was a girl. In 2006, Petras, then aged 13, appeared on a German television current affairs show in which she discussed her medical gender transition. At age 14, Petras appeared in a documentary and a talk show, in a push to get permission for early sex reassignment surgery at age 16, before the minimum age of 18 in Germany. These appearances resulted in international media coverage of her transition, touting her as the "world's youngest transsexual". In September 2007, she was a model for a German chain of hair salons. Petras was evaluated by the head of the psychiatric unit at Frankfurt Hospital, Dr Bernd Meyenburg, and approved for gender confirmation surgery at 16 years old; Petras announced, in November 2008, that the surgery was completed. The Daily Telegraph claimed Petras was the youngest person in the world to have had that surgery at the time. About her surgery, she stated "I was asked if I feel like a woman now – but the truth is I have always felt like a woman – I just ended up in the wrong body". In an interview with BuzzFeed, Petras said the first song she ever wrote was "about this dude in second grade who didn't like me back". Between 2008 and 2009, Petras released a string of singles under Joyce Records: "Fade Away" (2008), "Last Forever," "Die for You," and "Boomerang" (all 2009). In 2009, she was featured on "Taste" by Sobertruth and in 2011 was featured on "Magnetic". Later in 2011, Petras released her debut extended play, One Piece of Tape, under the imprint Bionic Ballroom.