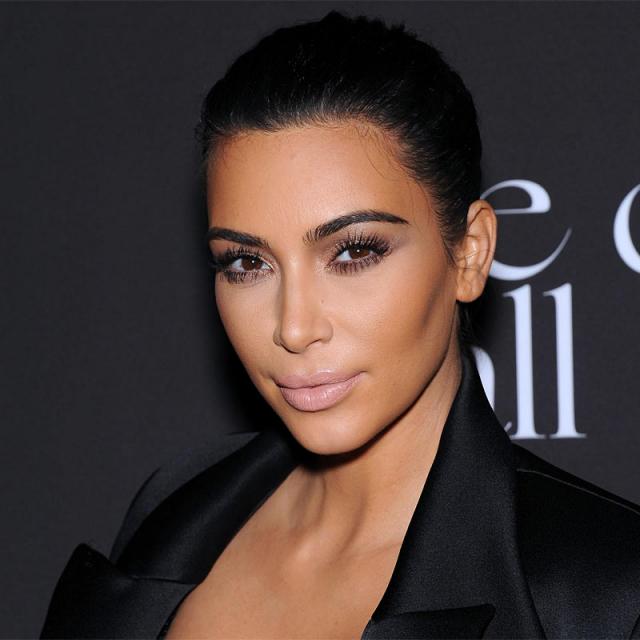 TV star, entrepreneur, fashion designer, and author (New York Times best-seller - "Kardashian Konfidential"), Kim Kardashian was born in Los Angeles, California, to Kris Jenner (née Kristen Mary Houghton) and attorney Robert Kardashian. Her father was of Armenian descent and her mother is of mostly English ancestry. Kim first burst onto the scene in 2007, after the premiere of her hit E! Entertainment reality series, Keeping Up with the Kardashians (2007). The show follows the exploits of the Kardashian/Jenner family, which includes her stepfather Caitlyn Jenner, her mother, Kim, her siblings Kourtney Kardashian, Khloé Kardashian, Rob Kardashian, and younger half-sisters Kendall Jenner and Kylie Jenner. The show was the highest-rated program on the E! Network. She also stars alongside her sister Kourtney in Kourtney & Kim Take New York (2011), which premiered its second season in November of this year. Most recently, Kardashian shared her wedding with the world in a two-part special, Keeping Up with the Kardashians: Kim's Fairytale Wedding: A Kardashian Event - Part 1 (2011) and Keeping Up with the Kardashians: Kim's Fairytale Wedding: A Kardashian Event - Part 2 (2011). The special ranks as E!'s most-watched event, ever, bringing in 10.5 million viewers. In addition to starring in her own reality shows for E!, she has appeared as an actress in a number of other projects, including the feature, Disaster Movie (2008) (Lionsgate), CW's hit show, 90210 (2008) and TV's How I Met Your Mother (2005) and Brothers (2009), among others. In 2010, she produced The Spin Crowd (2010), her first TV show for E!, which premiered to 2.46 million households. Additionally, in September 2008, Kardashian competed on the ABC hit series, Dancing with the Stars (2005), where she was paired with defending Champion Mark Ballas. In recent years, Kardashian has become a highly-sought-after name and face for a number of high profile brands. She is the face of "Sketchers Shape-ups", the sneaker designed to get you fit while you walk, work, shop, and more. She was featured in a Sketchers commercial during Super Bowl XLV. Also, she (along with her sisters), has her own line of "Nicole by OPI" nail polish, "Kardashian Kolors", which will be available on holiday 2011. She has created a line of contemporary jewelry line, "Belle Noel", with famed jewelry designer Pascal Mouawad. Kardashian also serves as the official spokesperson for "Midori Melon Liqueur" and its new "Stand-Out" marketing campaign. Employing her entrepreneurial business skills, Kim began her fashion career as a stylist and became an immediate sought-after wardrobe stylist for infomercials, television shows, music videos and photo shoots. But it was her organizational, orderly arrangement and construction of high-fashion closets that led her into a unique line of work, overhauling and designing closets for celebrities. In 2006, together with her sisters Kourtney and Khloe, Kardashian opened the designer clothing store, "Dash", in Calabasas, California; a must-shop-at store for those with discriminating, yet fashionable taste. Because of high consumer demands, other stores in Miami and New York opened in 2009 and 2010, respectively. In 2010, Kim co-designed a fashion line with her sisters, Kourtney and Khloe, in conjunction with the Bebe fashion brand. This collaboration led to a partnership between the three sisters and Bruno Schiavi on a complete brand launch, "Kardashian Kollection", encompassing apparel, shoes, lingerie, home, jewelry and accessories. "Kardashian Kollection" is sold at over 500 Sears, nationwide. Sears has created a store within a store concept, specifically for "Kardashian Kollection". It is also sold in Canada, the United Kingdom, Australia and Germany. In 2009, Kim launched her own perfume, "Kim Kardashian", which is available worldwide. Her second perfume, "Kim Kardashian Gold", was launched in 2010. A limited edition scent, "Kim Kardashian Gold", launched in August 2011. Her online shoe company, "ShoeDazzle.com", was launched in March 2009 and provides affordable, fashionable shoes to its members. Kim has graced the covers of numerous publications around the world, including Cosmopolitan, Glamour, Allure, Harper's Bazaar, Prestige (Hong Kong), and Self, among others. Additionally, she has appeared, as a guest, on The Tonight Show with Jay Leno (1992), Late Show with David Letterman (1993), Larry King Live (1985), among others.Kardashian's official website gets 6 million page views a month, making it the fastest growing celebrity blog on the web. She also has over 10 million followers on Twitter. When not working, Kim gives her time to charitable causes. She is a Dream Foundation ambassador which grants last wishes to terminally ill adults and does regular sales on Ebay to generate donations for the charity. She enjoys spending time with children at Children's Hospital of Los Angeles and is passionate about cancer foundations since her father, the late Robert Kardashian, passed away from esophageal cancer. Kardashian recently gave a heart-felt speech about her father at Gabrielle's Angel Foundations' Angel Ball which supports cancer research. 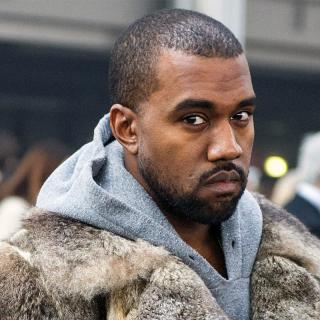