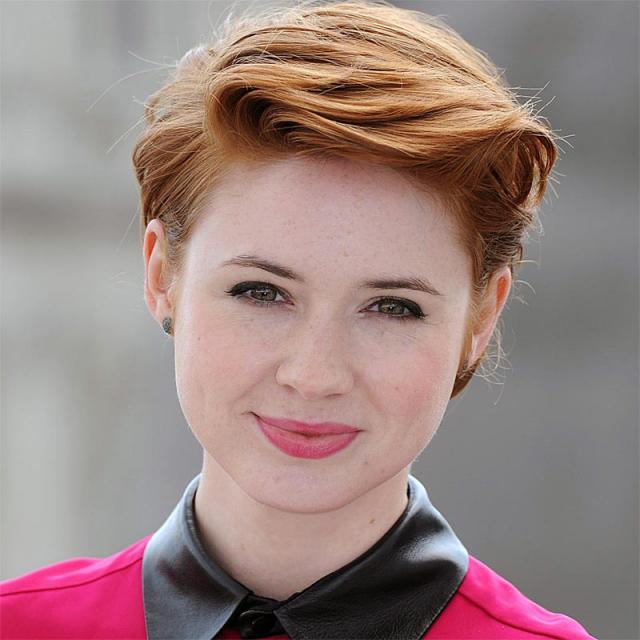 Karen Sheila Gillan, of Clan Macnab, was born and raised in Inverness, Scotland, the only child and daughter of Marie Paterson, of Clan Paterson (considered part of Clan MacLaren or Clan Farquharson) and husband John Gillan, of Clan Macnab, who is a singer and recording artist. She developed a love for acting very early on, attending several youth theatre groups and taking part in a wide range of productions at her school, Charleston Academy.

At age 16, Karen decided she wanted to pursue her acting career further and, studied under the renowned theatre director Scott Johnston at the Performing Arts Studio Scotland. She later attended the prestigious Italia Conti Academy in London. During her first year, she landed a role on Rebus (2000) and soon appeared in a variety of programs including Channel 4's Stacked (2008) and The Kevin Bishop Show (2008), as well as a two-year stint on the long-running series Doctor Who (2005). Karen also stars in the film Outcast (2010), starring James Nesbitt. Her most recent starring role is as Eliza Dooley on the situation comedy Selfie (2014). When she's not acting, Karen likes to play the piano and loves rummaging through vintage clothes shops.