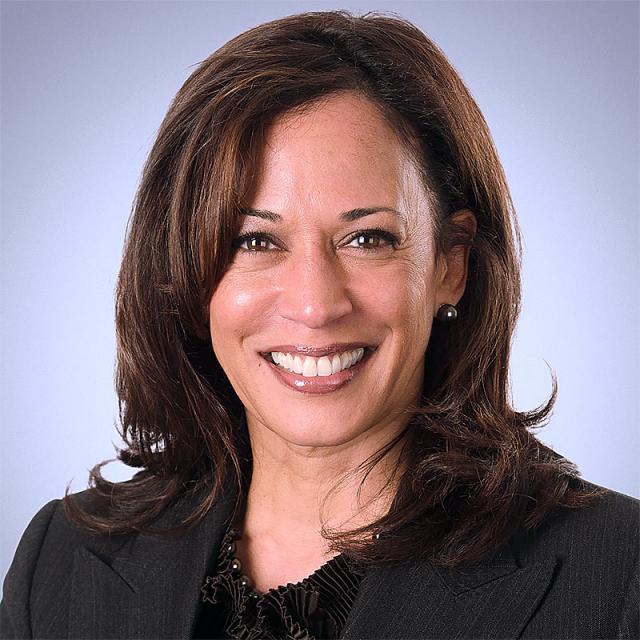 Kamala Devi Harris (born October 20, 1964) is an American politician and attorney who is the vice president-elect of the United States. Harris served as a United States senator from California from 2017 until 2021, and as attorney general of California from 2011 to 2017. A member of the Democratic Party, she will become vice president upon inauguration on January 20, 2021, alongside President-elect Joe Biden, having defeated the incumbent president, Donald Trump, and vice president, Mike Pence, in the 2020 election. She will be the United States' first female vice president, the highest-ranking female elected official in U.S. history, and the first African American and first Asian American vice president. Born in Oakland, California, Harris graduated from Howard University and the University of California, Hastings College of the Law. She began her career in the Alameda County District Attorney's Office, before being recruited to the San Francisco District Attorney's Office and later the City Attorney of San Francisco's office. In 2003, she was elected district attorney of San Francisco. She was elected Attorney General of California in 2010 and re-elected in 2014. Harris served as the junior United States senator from California from 2017 to 2021. Harris defeated Loretta Sanchez in the 2016 Senate election to become the second African American woman and the first South Asian American to serve in the United States Senate. As a senator, she has advocated healthcare reform, federal de-scheduling of cannabis, a path to citizenship for undocumented immigrants, the DREAM Act, a ban on assault weapons, and progressive tax reform. She gained a national profile for her pointed questioning of Trump administration officials during Senate hearings, including Trump's second Supreme Court nominee Brett Kavanaugh, who was accused of sexual assault. Harris sought the 2020 Democratic presidential nomination, but dropped out of the race prior to the primaries. Former vice president Joe Biden selected Harris as his running mate in August 2020, and the Biden–Harris ticket won the November 2020 election.