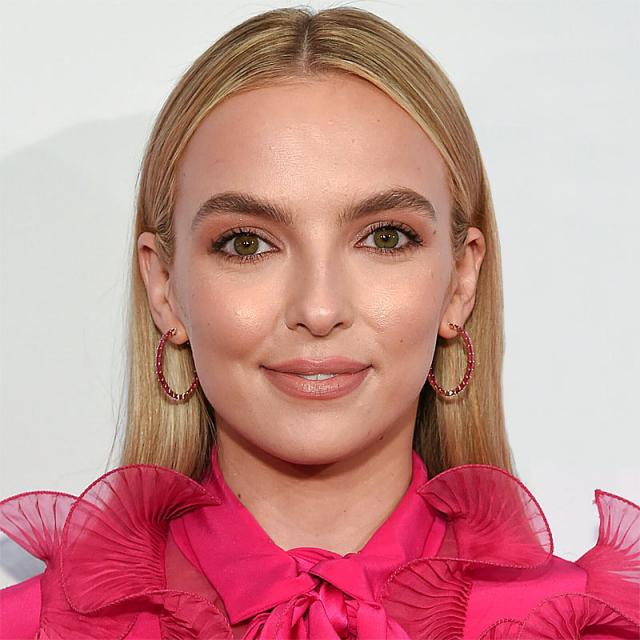 Jodie Marie Comer (born 11 March 1993) is an English actress. She plays Oksana Astankova / Villanelle in the British drama spy thriller Killing Eve (2018–present), for which she has received critical acclaim and won the Primetime Emmy Award for Outstanding Lead Actress in a Drama Series and the British Academy Television Award for Best Actress. Comer's other roles include Chloe Gemell in the E4 comedy-drama series My Mad Fat Diary (2013–2015), Kate Parks in the BBC One drama series Doctor Foster (2015–2017), Ivy Moxam in the BBC Three drama miniseries Thirteen (2016), Elizabeth of York in the Starz historical miniseries The White Princess (2017) and Sarah in the Channel 4 television film Help (2021). Her major film roles include Millie Rusk / Molotov Girl in Free Guy and Marguerite de Carrouges in The Last Duel (both 2021). In December 2018, British Vogue included Comer in their list of "The Most Influential Girls of 2018", and in February 2019 Forbes included her in their annual "30 Under 30" list for being in the top 30 most influential people in the entertainment industry in Europe under the age of 30. In September 2019, a few days after her Emmy win, it was announced that Comer would be the face of the Loewe spring/summer 2020 fashion campaign, which saw her star in a short film for the brand that consisted of her repeating the brand's name with different emotions. On 31 March 2020, Comer was announced as the brand ambassador for skin-care brand Noble Panacea. In 2020, Comer discussed the class discrimination she experienced during her career as someone from a working-class city.