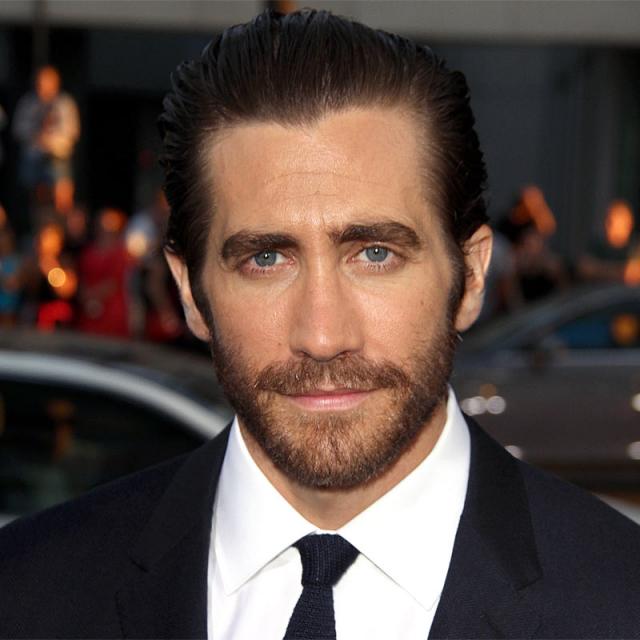 Jacob Benjamin Gyllenhaal was born in Los Angeles, California, to producer/screenwriter Naomi Foner (née Achs) and director Stephen Gyllenhaal. He is the brother of actress Maggie Gyllenhaal, who played his sister in Donnie Darko (2001). His godmother is actress Jamie Lee Curtis. His mother is from a Jewish family, and his father's ancestry includes Swedish, English and Swiss-German. At the age of eleven, Gyllenhaal made his movie debut in the comedy-drama City Slickers (1991), playing Billy Crystal's character's son. He made an impact in various films in the late 1990s and early 2000s, in films such as the period drama October Sky (1999), his breakthrough performance, and as the title role in the psychological thriller Donnie Darko (2001), for which he received an Independent Spirit Award nomination for Best Actor, playing a psychologically troubled teenager. He followed this with roles encompassing many different genres, including the comedy film, the Disney romantic comedy Bubble Boy (2001); opposite Jennifer Aniston in another Sundance favorite, The Good Girl (2002), as a young man grieving the death of his fiancée in Moonlight Mile (2002), and in the science fiction blockbuster The Day After Tomorrow (2004), portraying a student caught in a cataclysmic climate event, opposite Dennis Quaid. Making his theater debut, Gyllenhaal appeared on the London stage with a starring role in Kenneth Lonergan's revival of "This Is Our Youth". The play was widely-received and played for eight weeks in London's West End. Gyllenhaal followed his successful theater en devour with a role in Jarhead (2005), playing Anthony "Swoff" Swofford, an aggressive and masculine but equally vulnerable and sensitive Marine during the Gulf War, and Proof (2005), as Gwyneth Paltrow's love interest. However, it was his follow-up performance that won critical acclaim in Brokeback Mountain (2005), in which he co-starred with Australian actor Heath Ledger, as sheep herders who fall in love in the 1960s and depicts their relationship over the 1960s, 1970s and early 1980s. For his role as Jack Twist, Gyllenhaal received critical acclaim and won the BAFTA Award for Best Actor in a Supporting Role and was nominated for the Screen Actors Guild Award for Outstanding Performance by a Male Actor in a Supporting Role, the Satellite Award for Best Supporting Actor - Motion Picture, and the Academy Award for Best Supporting Actor. Since then, he has acted in a wide range of movies, ranging from the critically-acclaimed thriller, Zodiac (2007), the drama Brothers (2009), playing opposite Tobey Maguire as the title siblings, in the action adventure film, Prince of Persia: The Sands of Time (2010), sporting a bulked-up physique, and the box office hit, Love & Other Drugs (2010), in which he teamed up with Anne Hathaway, once again, and for which he was nominated for a Golden Globe Award for Best Actor - Motion Picture Musical or Comedy. In the 2010s, Gyllenhaal starred in several major films for which he received significant critical acclaim: science fiction thriller Source Code (2011), police drama End of Watch (2012), mystery Prisoners (2013), dark media satire Nightcrawler (2014), the boxing drama Southpaw (2015), and the dramedy Demolition (2015). For Nightcrawler, he was nominated for the Golden Globe Award for Best Actor - Motion Picture Drama, the Screen Actors Guild Award for Outstanding Performance by a Male Actor in a Leading Role, and the BAFTA Award for Best Actor in a Leading Role. Gyllenhaal is the godfather of Matilda Ledger (aka Matilda Rose Ledger), daughter of the late actor Heath Ledger and Michelle Williams. Gyllenhaal's most significant personal relationships have been with actresses Kirsten Dunst and Reese Witherspoon. He is friends with Maroon 5 frontman Adam Levine, having known him since kindergarten. He is good friends with his sister's husband and Jarhead (2005) co-star, actor Peter Sarsgaard.