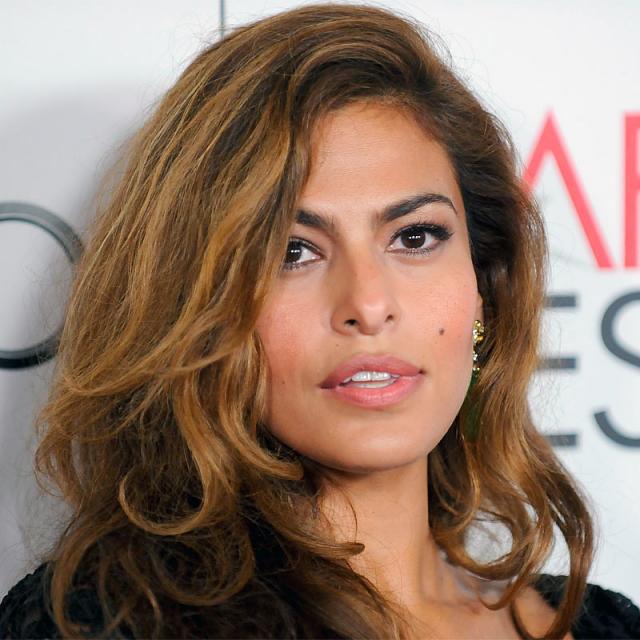 Eva Mendes is an American actress, model and businesswoman. She began acting in the late 1990s. After a series of roles in B movies such as Children of the Corn V: Fields of Terror (1998) (1998) and Urban Legends: Final Cut (2000) (2000), she made a career-changing appearance in Training Day (2001) (2001). Since then, Mendes has co-starred in films such as All About the Benjamins (2002), 2 Fast 2 Furious (2003), Ghost Rider (2007), We Own the Night (2007), Stuck on You (2003), Hitch (2005), opposite Will Smith. and The Other Guys (2010). She has appeared in several music videos for artists like Will Smith. Mendes has been a model and ambassador for Cocio chocolate milk, Magnum ice cream, Calvin Klein, Cartier, Thierry Mugler perfume, Reebok, Campari apéritif, Pantene shampoo, Morgan, and Peek & Cloppenburg. She designs a fashion collection for New York & Company and is also the creative director of CIRCA Beauty, a makeup line sold at Walgreens. Eva de la Caridad Méndez was born in Miami, Florida, to Cuban parents Eva Pérez Suárez and Juan Carlos Méndez, and was raised by her mother in the Los Angeles suburb of Glendale after her parents' divorce. Mendes grew up a Roman Catholic and at one time even considered becoming a Catholic nun. Her mother worked at Mann's Chinese Theatre and later for an aerospace company, and her father ran a meat distribution business. Mendes had one older brother, Juan Carlos Méndez, Jr. (1963-2016), who died from throat cancer. She has an older sister, Janet, and a younger paternal half-brother, Carlos Alberto "Carlo" Méndez. She attended Hoover High School in Glendale, and later studied marketing at California State University, Northridge, but left college to pursue acting under coach Ivana Chubbuck. Mendes began her acting career after a talent manager saw her photo in a friend's portfolio. Her first film appearance was in the direct-to-video Children of the Corn V: Fields of Terror (1998). Mendes was disappointed in her performance and she hired an acting coach. She then appeared in the films A Night at the Roxbury, My Brother the Pig, Urban Legends: Final Cut, and Exit Wounds. Mendes' breakthrough role came when she appeared in Antoine Fuqua's crime thriller Training Day (2001), playing the girlfriend of Denzel Washington's character. This then led to roles in All About the Benjamins (2002), 2 Fast 2 Furious (2003), Once Upon a Time in Mexico (2003) (which earned her a nomination at the Teen Choice Awards), Out of Time (2003), and Stuck on You (2003).
She was the female lead in the 2005 film Hitch, making her one of the first minority actors to play the lead in a hit romantic comedy. Mendes subsequently starred in The Wendell Baker Story (2005) with Owen Wilson, Luke Wilson and Will Ferrell, with Luke Wilson directing, as well as Guilty Hearts (2002), Trust the Man (2005), Ghost Rider (2007), We Own the Night (2007), Live! (2007), and Cleaner (2007). In 2008, she was nominated for the Golden Raspberry Award for Worst Actress for her performance in the all-female comedy film The Women. Mendes then appeared in The Spirit, Bad Lieutenant: Port of Call New Orleans, The Other Guys (2010), Last Night (2010), Fast Five (2011), and a spoof short film for Funny or Die. In 2012, Mendes visited Sierra Leone and was featured in the PBS documentary Half the Sky: Turning Oppression into Opportunity for Women Worldwide. In 2012, she starred in the crime drama film The Place Beyond the Pines, with Entertainment Weekly describing her performance as "quietly heartbreaking". The following year, she appeared in the HBO comedy film Clear History (2013). Mendes appeared in the Pet Shop Boys' music video for "Se a vida é (That's the Way Life Is)" in 1996, Aerosmith's music video for "Hole in My Soul" in 1997, and Will Smith's music video for "Miami" in 1998. She also appeared in the music video for The Strokes' "The End Has No End" in 2004, and appeared nude in a print advertisement for Calvin Klein's Secret Obsession perfume, an ad which was banned in the United States. In December 2007, People for the Ethical Treatment of Animals (PETA) used a nude photo of Mendes for their anti-fur campaign. She also modeled in a Morgan campaign. Mendes was a spokesmodel for the 2008 Campari calendar. In July 2008, she was announced as the international face of Australia's 30 Days of Fashion & Beauty event. She made guest appearances in that country at the month-long festival in September. Mendes has been a spokesperson for Calvin Klein, Magnum, and the chocolate milk brand Cocio. She also promoted Thierry Mugler's Angel fragrance, Reebok shoes, and Pantene shampoo. In 2011, Mendes appeared in a Peek & Cloppenburg clothing catalog. Mendes has a line of bed linens and dinnerware that is sold at Macy's. In 2010, Mendes sang on "Pimps Don't Cry," a song featured in The Other Guys, and performed a duet with CeeLo Green on "Pimps Don't Cry." In 2011, she recorded a version of "The Windmills of Your Mind." Along with acting, Eva is employed by Revlon Cosmetics as an international spokeswoman. She joins such elite actresses and models as Julianne Moore, Halle Berry and Cindy Crawford, who appear in Revlon's television and print ads. She is also a passionate supporter and active participant in Revlon's fight against breast cancer. Eva's goals are to improve her acting skills by working with such contemporary directors as Steven Soderbergh, Spike Jonze, Pedro Almodóvar, Robert Rodriguez, Carl Franklin, John Singleton, and Antoine Fuqua and learning from such renowned directors as Federico Fellini and Michelangelo Antonioni. She is the creative director of the makeup brand CIRCA Beauty, which launched exclusively at Walgreens in 2015. Eva has two children with her partner Ryan Gosling. 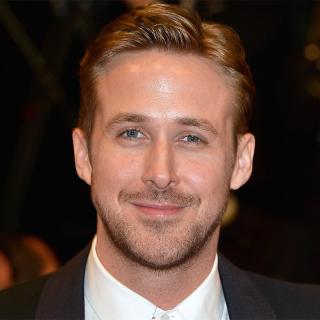 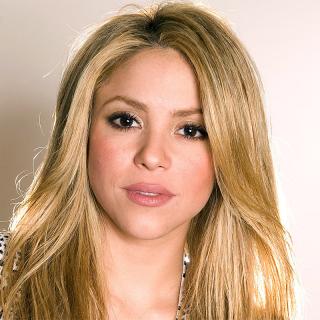 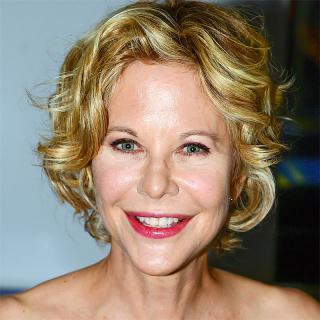