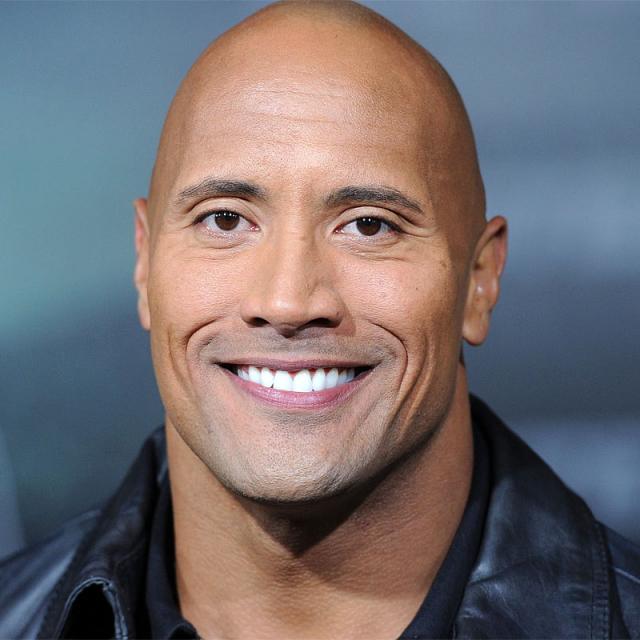 Dwayne Douglas Johnson, also known as The Rock, was born on May 2, 1972 in Hayward, California. He is the son of Ata Johnson (born Feagaimaleata Fitisemanu Maivia) and professional wrestler Rocky Johnson (born Wayde Douglas Bowles). His father, from Amherst, Nova Scotia, Canada, is black (of Black Nova Scotian descent), and his mother is of Samoan background (her own father was Peter Fanene Maivia, also a professional wrestler). While growing up, Dwayne traveled around a lot with his parents and watched his father perform in the ring. During his high school years, Dwayne began playing football and he soon received a full scholarship from the University of Miami, where he had tremendous success as a football player. In 1995, Dwayne suffered a back injury which cost him a place in the NFL. He then signed a three-year deal with the Canadian League but left after a year to pursue a career in wrestling. He made his wrestling debut in the USWA under the name Flex Kavanah where he won the tag team championship with Brett Sawyer. In 1996, Dwayne joined the WWE and became Rocky Maivia where he joined a group known as "The Nation of Domination" and turned heel. Rocky eventually took over leadership of the "Nation" and began taking the persona of The Rock. After the "Nation" split, The Rock joined another elite group of wrestlers known as the "Corporation" and began a memorable feud with Steve Austin. Soon the Rock was kicked out of the "Corporation". He turned face and became known as "The Peoples Champion". In 2000, the Rock took time off from WWE to film his appearance in The Mummy Returns (2001). He returned in 2001 during the WCW/ECW invasion where he joined a team of WWE wrestlers at The Scorpion King (2002), a prequel to The Mummy Returns (2001). Dwayne has a daughter, Simone Garcia Johnson, born in 2001, with his ex-wife Dany Garcia, and daughters, Jasmine, born in 2015, and Tiana Gia, born in 2018, with his wife, singer and songwriter Lauren Hashian.