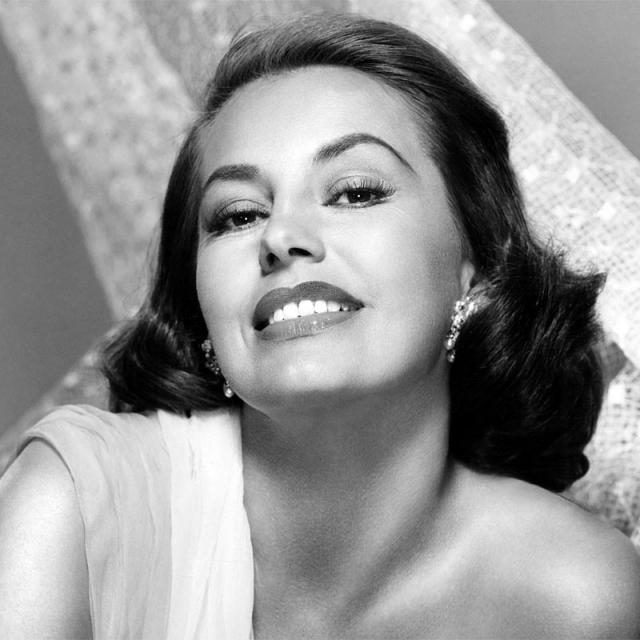 Cyd Charisse was born Tula Ellice Finklea on March 8, 1922, in Amarillo, Texas. Born to be a dancer, she spent her early childhood taking ballet lessons and joined the Ballet Russe at age 13. In 1939, she married Nico Charisse, her former dance teacher. In 1943, she appeared in her first film, Something to Shout About (1943), billed as Lily Norwood. The same year, she played a Russian dancer in Mission to Moscow (1943), directed by Michael Curtiz. In 1945, she was hired to dance with Fred Astaire in Ziegfeld Follies (1945), and that uncredited appearance got her a seven-year contract with MGM. She appeared in a number of musicals over the next few years, but it was Singin' in the Rain (1952) with Gene Kelly that made her a star. That was quickly followed by her great performance in The Band Wagon (1953). As the 1960s dawned, musicals faded from the screen, as did her career. She made appearances on television and performed in a nightclub revue with her second husband, singer Tony Martin. Cyd Charisse died at age 87 of a heart attack on June 17, 2008 in Los Angeles, California.