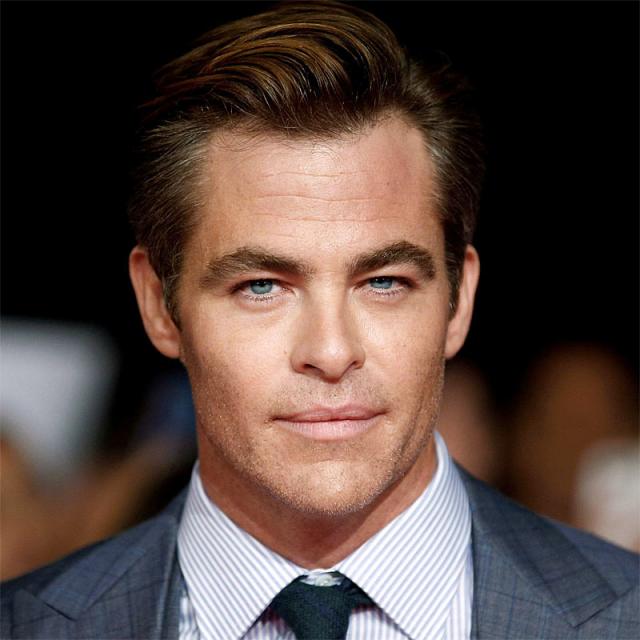 Chris Pine was born in Los Angeles. His parents are actors Robert Pine and Gwynne Gilford, and his maternal grandparents were Max M. Gilford, a president of the Hollywood Bar Association, and actress Anne Gwynne. His sister, Katherine Pine, has also acted. Chris's ancestry is Russian Jewish (from his maternal grandfather), English, German, Welsh, and French. Pine attended Oakwood School in the San Fernando Valley, and went on to study English at the University of California, Berkeley where he received a bachelor's degree. During this time, he spent one year studying at the University of Leeds in England. Pine also studied acting at the American Conservatory Theater in San Francisco. After embarking on an acting career, Pine won guest roles in many television series, and made his feature film debut opposite Anne Hathaway in The Princess Diaries 2: Royal Engagement (2004). Other roles in film and television followed, but he became an international star when he was cast as James T. Kirk in the hugely successful franchise reboot, Star Trek (2009). He subsequently starred in the films Unstoppable (2010), This Means War (2012), People Like Us (2012), and the sequel Star Trek Into Darkness (2013). In 2014, Pine co-starred in Horrible Bosses 2 (2014) and, as Cinderella's Prince, in the musical Into the Woods (2014), alongside Meryl Streep and Anna Kendrick. In 2015, he appeared in the thriller Z for Zachariah (2015), and in 2016, he headlined the sea-set drama The Finest Hours (2016), the third film in the new Trek universe, Star Trek Beyond (2016), and the bank robber drama Hell or High Water (2016). In 2017, Chris played Steve Trevor opposite Gal Gadot in the title role of Wonder Woman (2017), a film that became his biggest domestic earner.