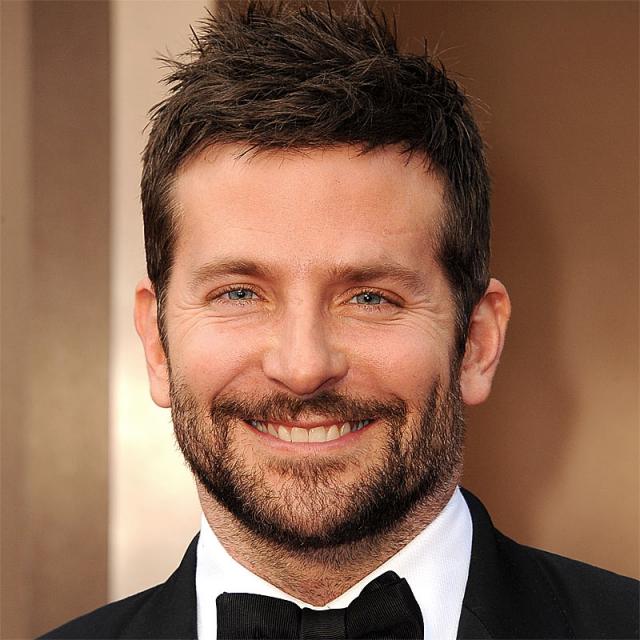 Bradley Charles Cooper was born on January 5, 1975 in Philadelphia, Pennsylvania. His mother, Gloria (Campano), is of Italian descent, and worked for a local NBC station. His father, Charles John Cooper, who was of Irish descent, was a stockbroker. Immediately after Bradley graduated from the Honors English program at Georgetown University in 1997, he moved to New York City to enroll in the Masters of Fine Arts program at the Actors Studio Drama School at New School University. There, he developed his stage work, culminating with his thesis performance as John Merrick in Bernard Pomerance's "The Elephant Man", performed in New York's Circle in the Square.

While still in school, Bradley began his professional career, appearing opposite Sarah Jessica Parker on Sex and the City (1998) and on the drama series The Beat (2000). His weekends were spent with LEAP (Learning through the Expanded Arts Program), a non-profit organization that teaches acting and movement to inner city school children. The summers took him all across the globe, from kayaking in British Columbia with Orca Whales to ice-climbing in the Peruvian Andes, while hosting Lonely Planet's Treks in a Wild World (2000) for the Discovery Channel. Bradley had to miss his graduation ceremony from the Actors Studio in order to star in his first feature Wet Hot American Summer (2001). After finishing his second feature Bending All the Rules (2002), his plans to relocate to Los Angeles were delayed when Darren Star hired him to star on the drama series The $treet (2000). Bradley went on to win the role of young law student Gordon Pinella in Changing Lanes (2002), starring Ben Affleck and Samuel L. Jackson, and also played Travis Paterson in My Little Eye (2002). He finally decided that it was time to forgo his other New York projects and move to Los Angeles when he was cast on Alias (2001). After supporting roles in Wedding Crashers (2005), Failure to Launch (2006), The Comebacks (2007), The Rocker (2008) and Yes Man (2008), Cooper broke out with major roles in He's Just Not That Into You (2009), The Hangover (2009) and Valentine's Day (2010). He co-starred in the action film The A-Team (2010) and headlined the thriller film Limitless (2011).

Cooper received an Academy Award nomination for Best Actor after starring opposite Jennifer Lawrence in David O. Russell's Silver Linings Playbook (2012). He then received two more consecutive Oscar nominations, Best Supporting Actor for playing Richie DiMaso in Russell's American Hustle (2013) (again opposite Lawrence, though their characters shared no significant screen time), and Best Actor for playing Navy SEAL Chris Kyle in Clint Eastwood's American Sniper (2014), the highest grossing film of 2014. During this time period, Cooper also reprised his role in The Hangover Part II (2011) and The Hangover Part III (2013), turned in another strong dramatic turn in The Place Beyond the Pines (2012), and voiced Rocket Raccoon in the third highest grossing film of 2014, Guardians of the Galaxy (2014). In 2015, Bradley headlined two comedies, Cameron Crowe's Aloha (2015), set in Hawaii, and John Wells' Burnt (2015), set in London, and starred opposite Jennifer Lawrence again in David O. Russell's Joy (2015). Bradley has a daughter (born 2017) with his partner, model Irina Shayk.