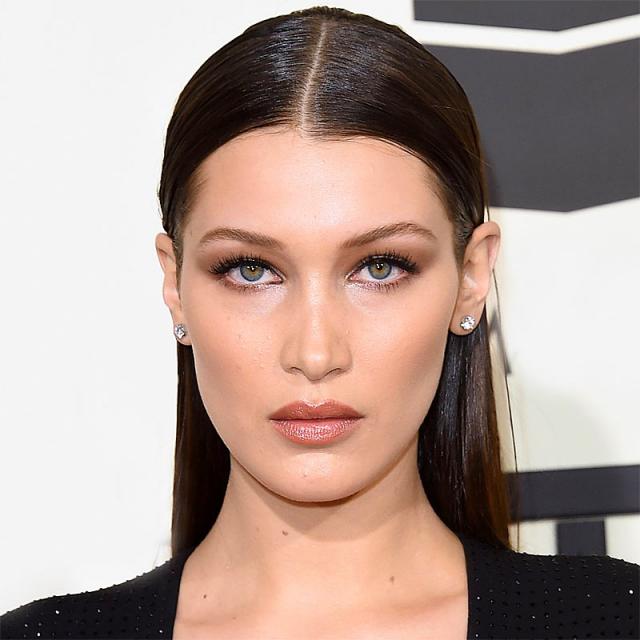 Isabella Khair Hadid is an American model. In 2016, she was voted "Model of the Year" by industry professionals for Models.com. Isabella Khair Hadid was born on October 9, 1996 in Washington, D.C. to Palestinian Jordanian real-estate developer Mohamed Hadid and Dutch former model Yolanda Hadid (née van den Herik). Through her father, she claims descent from Daher Al Omer, Prince of Nazareth and Sheik of Galilee. She has an older sister, Gigi, and a younger brother, Anwar, both of whom are models. She also has two older paternal half-sisters; Marielle and Alana. She and her siblings were raised on a ranch in Santa Barbara, California. The family moved to Beverly Hills after ten years. As a teenager, Hadid was an equestrian and dreamed of competing at the 2016 Summer Olympics, although she competed in equitation, which is not an Olympic discipline. She was diagnosed, along with her mother and brother, with chronic lyme disease in 2012. In 2014, after graduating from Malibu High School, Hadid moved to New York City to study photography at the Parsons School of Design. Before attending Parsons, she signed to IMG Models. She suspended her studies to focus on her modeling career, but has expressed an interest in returning to school once she's done modeling to branch out into fashion photography. Hadid has also expressed an interest in acting. On September 1, 2021, Hadid became the co-founder and business partner of Kin Euphorics, a nonalcoholic adaptogenic beverage brand. She oversees the company alongside its CEO and co-founder Jen Batchelor. On July 22, 2014, Hadid was arrested and charged with a DUI. Her driver's license was suspended for one year and she was given six months of probation. Hadid was also ordered to perform 25 hours of community service and attend 20 hours of Alcoholics Anonymous meetings. Hadid began dating singer The Weeknd in early 2015. The couple were first seen together in April at Coachella. Hadid starred in the music video for his single "In the Night" in December 2015. They made their red carpet debut as a couple at the 2016 Grammy Awards in February. In November 2016, the couple broke up because their schedules were too conflicting. They got back together in May 2018, and split once again in August 2019. Hadid is currently in a relationship with art director Marc Kalman. They have been dating since July 2020. Hadid made their relationship public on July 8, 2021, during her time at Paris Fashion Week and the Cannes Film Festival.